Tennis - It's all about commitment! 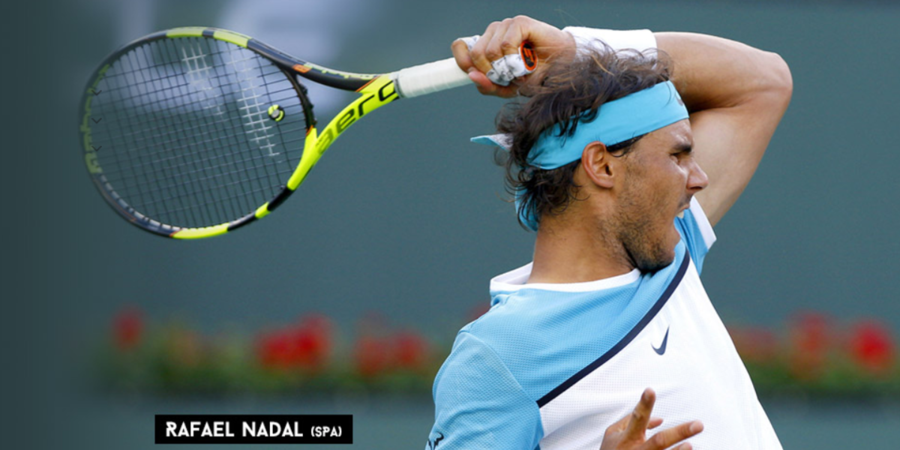 I was playing tennis with a friend last night and he exclaimed at one point HIT IT! Well to be completely honest that is the polite, what I can post on our blog version of what he really said ...

It brought something to mind that I have been thinking about for a while now as I am working to improve my tennis game back to past my level. Playing tennis well is all about commitment.

There are several areas where this is true. You need to be committed to your:

Tennis is a very difficult game to get good at. What we see on TV is players taking a huge rip at the ball and consistently hitting it in.

The reality is it is very hard to do that. If you take a full swing at the ball and catch it clean you need a lot of topspin to keep the ball in consistently. To generate a lot of topspin you need racquet head speed and to really brush up on the back of the ball. That is where the commitment comes in ...

Even under pressure, you can't get tentative with your swing!

If you are tentative with your swing you will invariably end up pushing the ball which usually ends up with it lacking topspin and going long. You really need to commit, generate racquet head speed, and finish your swing to generate the spin you need. It seems counterintuitive but it is completely true.

Your movement on the court also requires commitment. You need to commit to getting to the ball early and to get your body in the correct position to hit the ball ...

In the warm-up, or just hitting that comes pretty naturally. When playing that becomes harder. I need to commit to moving to the ball early so that I can take it when it is still above the net.

That is particularly true on shorter balls. If you move to them quickly, and with commitment, they can be a real opportunity to attack. That is what they should be. If you are late you end up with a ball that is low and you often have to chip it and you have lost the opportunity.

You will remember above I wrote that "even under pressure you can't get tentative with your swing" and that you need to "generate racquet and head speed and finish your swing". To do that when you have been stretched out by your opponent you have to have moved well enough to get behind the ball with the time to take a proper swing.

Move early, quickly and with the commitment to get behind the ball so you execute a full swing!

I mentioned attacking short balls above when discussing movement. It is equally important from a tactics perspective. You really need to commit to your choice on a short ball ...

If you arrive at it early you should be attacking. Too many players hesitate in this situation. They know they should attack but get tentative in the moment.

They don't commit to attacking or defending and get stuck in no man's land!

If you are early to the ball have the commitment to hit through the ball and come in and attack.

The commitment to your tactics definitely comes into play when you are under moderate pressure. Commit to your tactics to impose yourself on the court. Don't let your opponent dictate play.

Tennis is an incredible sport. There is no better feeling than hitting a tennis ball perfectly clean. To do that consistently you need commitment on your movement to get you to the ball early and on your swing to hit through the ball. To get the best results on court combine that with a commitment to your tactics and you will get the most of your game and win more matches.

Tennis, it's all about commitment!