What percentage are you hitting at?

This article comes from discussion about an adaptation of a strategy that my local club pro and I had regarding how hard I was hitting the ball.

In our conversation, we talking about warming up and practicing and about how are I was hitting the ball. We discussed it in percentages with 100% of my shots being hit full on as hard I can.

We discussed starting at a lower percentage when I first start hitting to start finding my rhythm and to get into a good groove. Specifically, we'd start at 30-40%. Once I found my consistency we'd move up by 10% until we got to where I was losing my consistency or 100%, whichever came first.

The idea was to improve my consistency and also to realize that when I had an open court with a chance to put the ball away to assess what percentage I'd need to hit at to finish the point and to not go for more.

Often, if you've worked your opponent out of position and get a short ball you don't need to hit at 90-100% to win the point, 60% is more than enough and if you're like me you're more consistent at 60% than trying hit everything as hard as you can.

What this looks like in a match is: I'll only hit as hard as I need to win the match, at least if it's a competitive match where my main concern is winning. For me, that usually means I'll start the match hitting at about 60% and see how I am making out.

The rest of the game will be at 100% effort though. I'll work as hard as it takes to get the ball back and that's always been a strength of my game.

If the combination of getting the ball back and me hitting at 60% is seeing me winning the match I won't go for more than that. I'll keep the ball in, I'll keep it safe, work hard at getting every ball back and let my opponent make the error.

If 60% is not cutting it then I'll move the percentage up there until I hopefully find a percentage that I'm consistent at that gets me back in front in the match.

If I go into a match against someone that I already know the level that I need to play at I'll still start a bit less than that in most cases to see how they're playing that day. I want to be a consistent as I can be and only hit harder, and risk more errors if I need to. 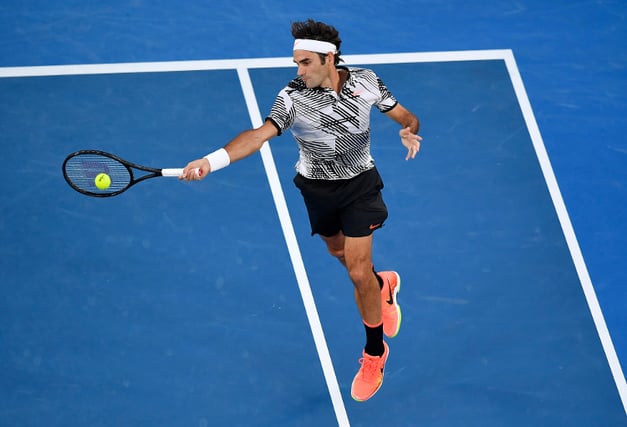 I play regularly with Trevor who works at Control the 'T' Sports and he is a stronger player than me. When I play Trevor playing at 60% is not getting me anywhere, other than getting a good tour of the court! So I'll play closer to 100% full out against him in an attempt to hit winners or force an error.

I have to play at that level and retrieve well otherwise I'm not going to make any headway against him.

I have another friend that I play regularly that hits the ball really well and he feeds off of pace. If the match is a friendly one, which most of them are, I'll hit out more as I'm not as concerned with the result as I am with how I'm hitting the ball.

If we're playing a ladder match or were to play in a tournament I'll dial it back to that 60% number again and work hard at getting the ball back and let him overhit and make the mistake. Sure he'll hit some winners and perhaps I'll miss out on the odd opening but my recipe for success is in being more consistent than he is.

I invite you to give this a shot the next time you're playing. Get a good warm-up in, find what percentage of hitting out you can get to and maintain really good consistency and stick with it until it's not working any longer.

If your opponent starts trying to force the play and starts making errors you may not have to dial it up at all!