3 Tips I Wish I Knew As A Beginner

I've played squash for around 15 years now and have been a certified coach for around 8 of them. I've coached players of varying standards and helped them reach the next levels of their game.

I believe I've got a (somewhat) good level of knowledge about the main issues that beginners struggle with, and, having been through these stages of squash myself, I've definitely noticed some common themes when it comes to mistakes and issues that beginners (and even intermediate players) run into.

In this blog post, I'll dive into some of the main tips and bits of advice I often give to players starting out.

These are things I wish I'd known when I was a beginner...

1. You don't need to be strong to hit the ball hard

For players just getting a feel for the game, hitting the squash ball hard is pretty difficult, but it's not about muscle size, it's about technique.

Although being a bit stronger definitely helps with pace, it doesn't really help much if you don't have the technique.

I know a bunch of stocky squash players who still struggle to apply pace to the ball, however, some of the hardest hitters I know are on the skinnier side.

But why is technique so important for hitting the ball hard?

I see so many beginners (particularly juniors) swinging blindly and frantically at the ball trying to smack it. Usually, this results in a miss-hit, a frame, or just missing the ball entirely.

This is because they haven't developed and refined their swing yet. I could go down the route of dissecting the ideal squash swing but that would take me far too long!

Instead, I'll direct you towards an awesome video from Jethro Binns at SquashSkills in which he goes through the optimum forehand technique for power in comparison to skimming a stone (make sure to come back to this article once you've watched it) - watch it here

Timing also plays a huge role in how hard the ball is hit, which is why this can be so tough for beginners. It takes some time to get used to the way that the ball bounces in squash.

So yeah, there's a lot that goes into a good technique and it definitely takes some work to develop the optimum technique that works best for you, however, you'll notice that none of these factors involve being muscular.

When I was starting out as a very slim junior, I remember thinking I'd never be able to hit the ball hard. However, I loved squash so much I didn't really care too much at that point, then, fast-forward a few more years and I was hitting the ball much harder and much cleaner!

1(a) There's no such thing as the perfect technique

I have to mention this as it relates to the point above and it's also extremely important too (in my opinion).

Fast-forward to now, coaches now try to teach a combination of the above (more traditional) style of hitting and a more creative style orientated around what works best for the players.

This allows beginners to experiment with different techniques and motions with their arm and wrist without neglecting the fundamental elements of technique that are still essential.

Please just keep this in mind if anyone ever tells you your swing looks strange. Ali Farag has a really wristy unique swing and he's currently the best player in the world, do with that what you will!

Just an FYI, I'd like to note that my coach wasn't doing anything wrong by teaching things the way he did, this was just how things were at the time and it really helped me get the solid fundamentals down.

In fact, this particular coach got me into the sport in the first place and has also changed and adapted his methods often to be more in keeping with the direction the sport is going. 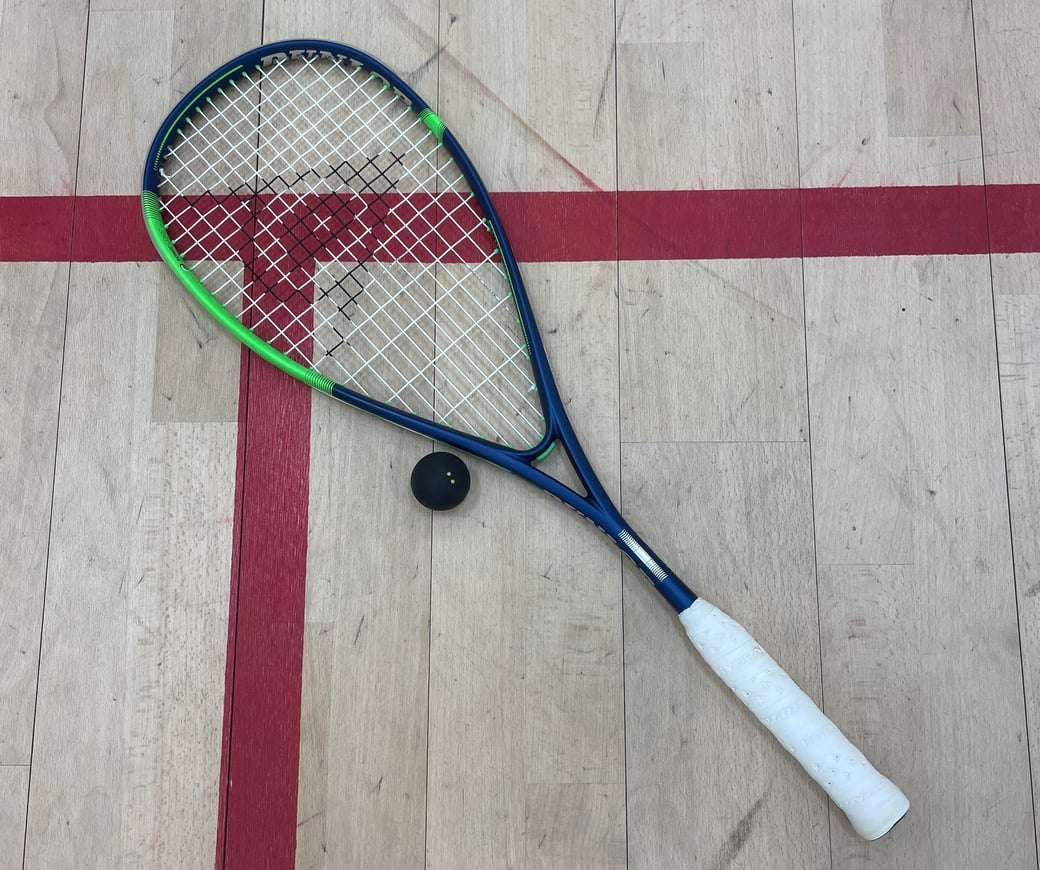 2. Just because you won doesn't mean you're better

This pill can be a hard one to swallow, but, just because you overcame your rival doesn't mean that you are the better player.

Have you ever played someone who is (in your mind) worse than you and feel that familiar pressure that you should really win the match? Do you ever find that this often leads to you playing worse than normal?

This is pretty common, but now reverse those roles, do you ever play someone better than you and end up playing really well because there is no pressure?

In my opinion, the underdog in squash does have a good chance of getting the win (in comparison to other sports). I think that's one of the things that's so entertaining about the sport.

But, this is why winning doesn't always mean you're better!

I remember one particular match I had when I was 16 or 17 against a player who I'd watched on many occasions but never actually played before. I knew he was good and had beaten some better players than me, so when I came up against him in a tournament, I didn't feel a lot of pressure. But, I won 3-1 and was over the moon!

I remember finding it pretty hard to understand, I couldn't figure out how I'd beaten him the first time. The fact was that he was the better player and he was consistently beating other players better than me too. But I didn't really notice this because after beating him once, I just naively assumed I was better.

So yeah, tough pill to swallow!

Anyway, I'm not saying you shouldn't celebrate the wins because that's what we play for, however, make sure to stay humble and try to never think about whether or not you 'should' beat your opponent, but rather focus on playing your own strategy and your own best squash.

You can have all the shots but, without good movement, you'll struggle to overcome your opponents consistently.

Movement drills and routines are not known for being fun. Ghosting (moving around the court from corner to corner and swinging without hitting a ball) is the most well-known movement drill and I don't know anyone who likes it.

However, I'd honestly say that non-hitting, movement-based drills like ghosting are essential. Yes, you can learn and improve your movement during hitting-orientated drills and matches, however, your mind isn't fully focused on your movement so it will take much longer to do.

The above will help build your movement into your muscle memory, but to actually figure out what movement works best for you into each corner, I'd say ghosting is vital.

Ghosting allows you to break down your movement into pieces, you can work out how many steps you need to take to get to certain areas of the court, and you can then practice this repeatedly until it feels good.

Then you can build it up again and work on speed, fluidity, and light-footedness.

There you have it, a few things I wish I'd known when I was a beginner, hopefully they are of some value to you.

I've been lucky to have had coaches over the years that have helped me learn these things and progress my game, however, I think that if I'd known these things a little earlier in my squash journey it would have benefitted my game even more!