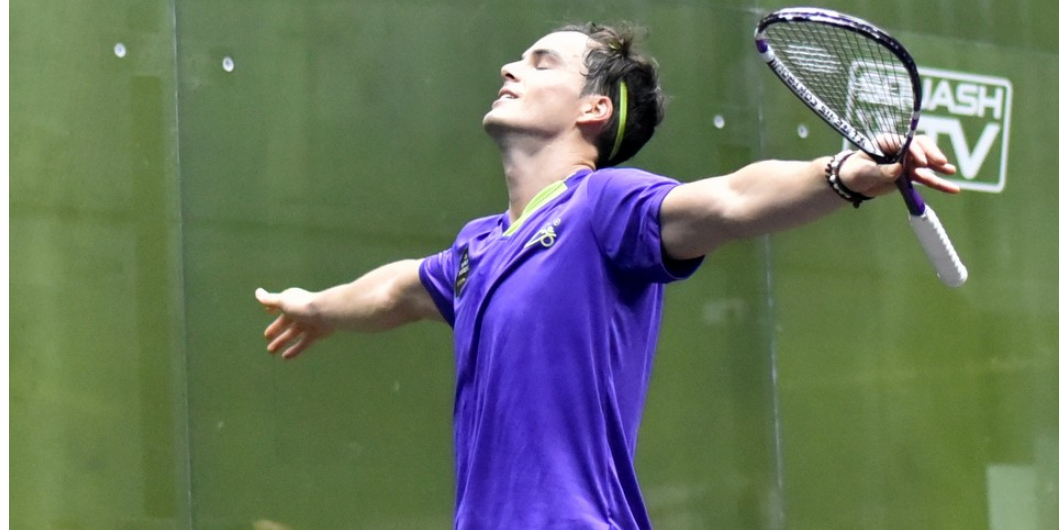 What a great tournament Paul Coll had at the 2016 Channel VAS Championship. He put on an amazing display of athleticism and squash. Coll earned his nickname previously in large part due to his flying dives he made to get seemingly unplayable balls back. What impressed me the most with his play this tournament was how in control of his body he was. There was no need to dive. His movement to and from the ball was incredible. His tactics were also excellent. He was defensive when he needed to be and attacked when appropriate. The quality of his squash was also very impressive. Paul Coll really showed what a quality squash player he is at the Channel VAS Championship.

END_OF_DOCUMENT_TOKEN_TO_BE_REPLACED

This year’s tournament is proving to be very entertaining.  The round of 16 has just finished and there has already been a few terrific matches.  The match between Simon Rosner and Omar Mosaad in particular was really entertaining yesterday and was really fun to watch.  The momentum swings were incredible as was the pace of the ball.  I could not believe how hard Mosaad was hitting.  The commentary on @_SquashTV about how hard they were hitting and how loud it was at the venue was hilarious.  The other match that was fantastic was the Tarek Momen versus Chris Gordon match.  Twitter was absolutely abuzz with conversation about this match and Gordon's terrific effort in this match.