A review of the Salming Kobra Indoor Court Shoes

When Salming first started marketing their Kobra line I was very excited about the shoes. I made sure we ordered them right away and we were one the first stores in North America to have them.  I was excited to not only get them in the store I was also excited to get a pair for myself. The previous pair of Salming shoes I had been using were the Viper and I was interested to see how they would compare. Things that I wanted to compare were how well they perform and comfortable they are. 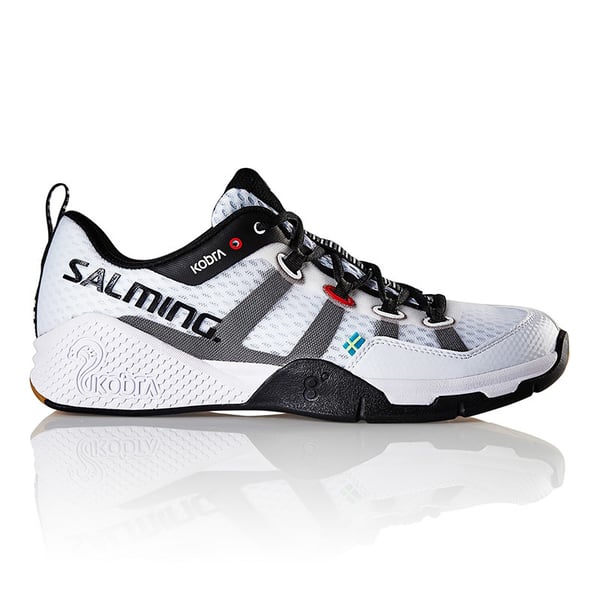 From a performance perspective, there are several things I really like about the Salming Kobra. I have found the grip on the court to be exceptional. I have found the grip to be a bit better than the Viper which were already good. The difference in the sole is the lightweight rubber compound - HX120 - that features Salming’s HexaGrip™ pattern. I also really like the natural gum rubber look of the sole.

The lateral support on the Kobra is exceptional. The Kobra feature the same technologies as the Viper: LMS, LMS+ and TGS all of which help with lateral support. LMS stands for Lateral Movement Stabilizer and is built in to the shoe in the midfoot section to stabilize the shoe during lateral movements. LMS+ is built in to the lateral/outside part of the shoe and is a positive angle that is designed to prevent the foot from rolling outward. TGS is Salming’s Torsional Guide System and it is designed to allow the shoe to flex where it needs to but be firm during lateral movements. One of the biggest differences I have found between the Viper and the Kobra is that the Kobra is a firmer shoe. The Viper, and Race as well, are extremely soft shoes. The Kobra being firmer do provide more lateral stability. While they do flex at the “ballet line” as designed in the TGS system there is less torsional twist. This helps with lateral support and combined with the other characteristics of the Kobra make them an excellent shoe for lateral stability. 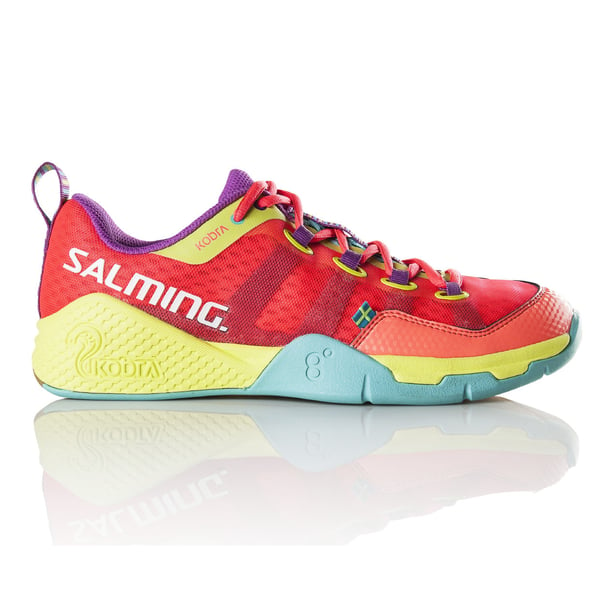 The Kobra, like the Race and Viper are quite light weight and breath really well in large part because there is so much mesh in them. The upper of the Kobra is soft and breathable which is excellent. The Exoskeleton system is included with the Kobra to give the shoe the strength it needs. New to the Kobra though is that the laces are integrated in the Exoskeleton system which helps with stability and helps with the shoe wrapping around the upper part of your foot. One note on the Kobra is that we have found the fit to be a bit small on them. I know I had to step up a half size to get the proper fit. As noted earlier in the post the Kobra are a little stiffer than either the Viper or Race so while they are reasonable from a comfort perspective they don’t excel in this department like the Race and Viper. I think the extra support is a fair trade off though.

Overall I have been very pleased with new Kobra’s from Salming. They perform extremely well due to their excellent grip on the court, excellent lateral stability and recoil cushioning system. They look terrific and are sure to get you noticed on court.

To learn more about the Salming Kobra click on the View in Store button below!