Something I've been struggling with a little bit recently is maintaining motivation. I know I'm not alone in this as some local squash players I've spoken to have expressed similar concerns with their training.

This could be a lasting effect from the recent lockdown as many player's fitness and squash abilities were affected from a long duration without playing, however, that's a different question. Anyway, I recently discovered a new solution to that issue I've been trying out which I wanted to mention... creativity!

Sometimes, the basic drills can get repetitive and a little boring, you reach a point where your mental concentration has decreased and you're no longer benefitting from the drill. Messing around with some new shots, experimenting with winners, and just trying to get a little more creative can really help you re-discover that spark of enjoyment in squash.

Creativity is something that I think everybody's game can benefit from, it gives you a bit of for improvisation to keep your opponent on their toes, it certainly pleases the crowd, and most importantly, you'll have fun with it! 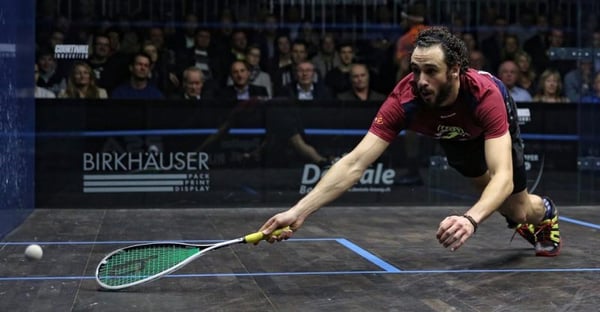 You often see that professional players have an incredible ability to improvise, there's plenty of footage on the PSA YouTube channel of players hitting balls behind their back and through their legs, not usually just for show, but because their opponent has put them under significant pressure.

The fast thought process and reaction time to have the ability to do these shots is staggering in itself, and, it likely comes from the extensive experience that the pros have gained through years of playing. However, I'd be very interested to know if there are any of the professionals who ever practice these improvisation shots in their training.

Personally, when I was a junior player, I could always draw inspiration from watching the pros performing these exhibition shots like James Willstrop doing his famous triple fake. If I ever got bored during training I would spending time trying to make up my own trick shots and thinking of new ways I could fool my opponent.

Incorporating Creativity Into Your Own Game

There was something so enjoyable about just trying something new, and, after some time, me and my training buddies would start to get quite a little more accurate at hitting shots between our legs or behind our back. We'd practice things like hitting winners into the nick from very awkward areas of the court by getting each other to do strangely angled feeds.

Another personal favourite creative drill of mine was one person stands a step in front of the T, and the other person hits hard, volley-height feeds straight down the middle towards them, forcing them to react fast, improvise with where they could place the ball, and mainly try not to get hit!

I believe this is the area of squash that has kept me engaged in the sport for so many years, and I found from training this area of squash so much, that it started creeping into my game. It was helping me react when playing those unorthadox players who just hit the ball directly towards you, or what the ball bounced funny out of a nick. 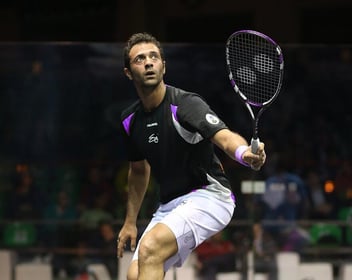 Again, going back to the pros, these trick shots and improvisations would always send the crowd wild, and they would usually get the most views on social media. As a growing sport, I believe squash could use more of this showmanship to make it more spectator friendly.

I've got friends who have never watched squash and didn't know the rules of the game, but when I showed them a clip of Paul Coll diving all over the court or Amr Shabana hitting a wristy cross-court drop from the back of the court they'd be blown away.

I guess something to take away from this is, if you're getting a little bored with regular drills, try out something a little new! You might discover a new shot which could give you that edge over your rival.