Enjoy The Off Season!

It's that time of year when many squash players would prefer to be outside enjoying the hot weather, myself included!

With the season technically over, I thought it'd be nice to focus this blog post on the off season.

I'll talk a bit about my season and what I'm doing now to prepare for next season, I'll go through some options for players looking to carry on their own training through the summer, and will finish with some advice for keeping some level of 'squash fitness' so it's not too much of a shock to the body going back on court when the season starts again...

Although there are no 'official' start and end dates to the season, I usually go off of the dates of bigger PSA World Tour tournaments which end in June (with the World Tour Finals) and start again in September (with the Qatar Classic).

This means that the squash season is technically over at the moment and I must admit, I'm quite sad about it!

I've personally had a great season and it was great to be back playing team squash again following the pandemic, it really feels as though squash is finally back to normal.

My home club's team also managed to win our premier league division after an incredibly strong season and I also feel like I progressed my game a little in the process, which is a great bonus!

I'm aiming to get on court and train when possible during the off-season, however, I'm actually travelling around Canada for the next few months so I may not have many opportunities, but I'll see what happens!

To stay in shape I'll be doing a lot of running, some strength-based workouts, and maybe some ghosting if I can find some open space. If I can find a squash court that would allow me to pay a guest fee and play or even just a local gym to work out in, that would be an added bonus!

A good friend of mine runs a PSA tournament named the Gosforth Classic which is played every year on the weekend before Christmas. I get back from travelling around Canada in early December time so my goal is to be able to play at least to a decent standard in that tournament, fingers crossed.

Anyways, that's enough about me... the end of the season means different things for different people.

Some players will take the entire summer off to relax, other players prefer to play every now and again to keep in shape, and perhaps some more serious players want to use this time to train hard to prepare for next season, all of these options are fine!

If you're a team squash player like myself, you probably don't have any matches left until next season, however, if you're looking to hit, there should still a bunch of options, whether they're at your home club or another local club.

If you're looking to carry on playing competitive squash matches but are struggling to find people to play, many clubs run internal summer leagues and I even know some clubs that run summer team matches too, although I think this is a little rarer.

This is also a great time to try to get in touch with some new players who you've maybe not hit with before.

If you are lucky enough to know a few other players who want to play throughout the off season, it can also be really good fun to make your own teams or organise round-robins and play each other.

Even if you're not looking to play particularly often, even just a social hit every week or two (or a solo hit if you're struggling to find people to play with) every couple of weeks will help you maintain your shots, accuracy, and technique for next season. 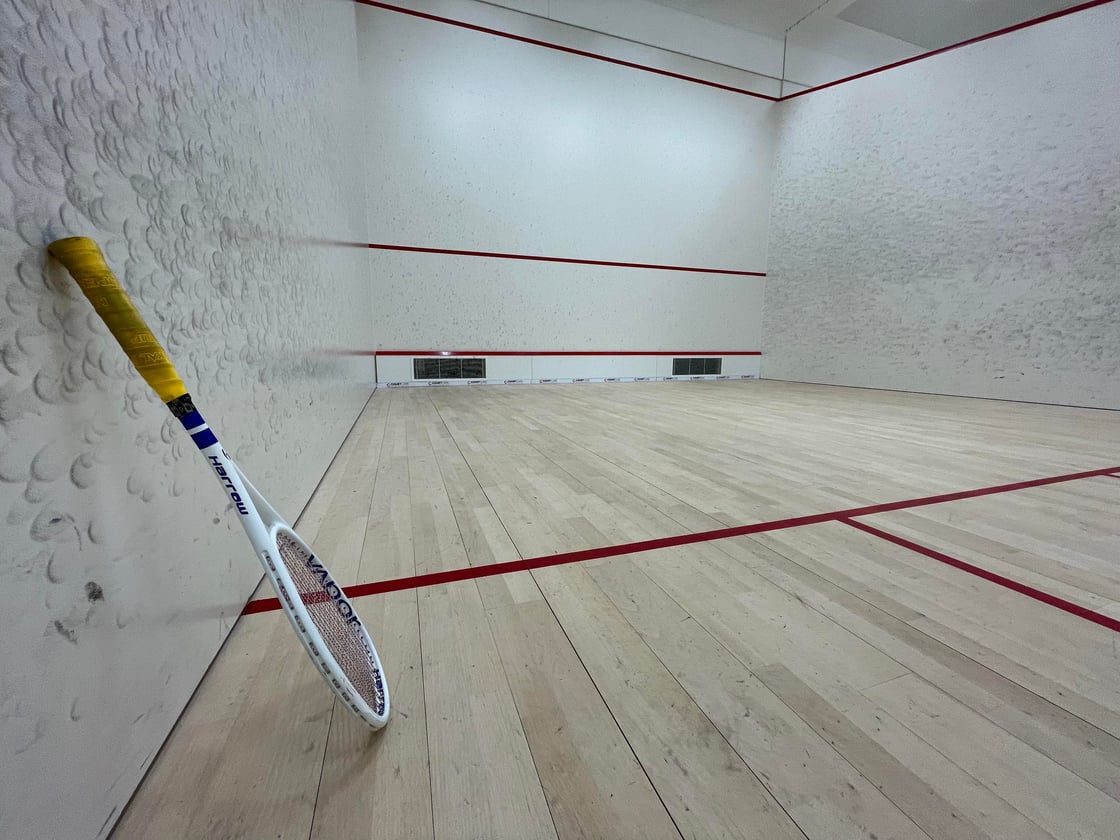 If you prefer to use the off season as a bit of a break from squash, this could be the perfect time to try your hand at some other racquet sports (particularly outdoor ones)...

Tennis and pickleball are the main two that spring to mind and they're both great fun. If you've never played either before your squash skills will transfer nicely and they'll help you stay fit throughout the summer which is a helpful bonus.

This relates to my main piece of advice for the off season, which is to try to maintain at least some level of squash-related fitness to prepare yourself for next season.

I imagine most of you know what it's like to play squash after a long time away from the sport and it can be pretty gruelling, especially in the days following your first match back.

Usually, the recovery takes a good few days depending on how hard your match was and the pain in your muscles isn't very pleasant.

Whether you do a bit of strength training (such as core workouts or weights), flexibility work (like dynamic stretching or slow lunging routines), or cardio (such as ghosting, hill sprints, or running), anything that helps mitigate the shock your body will experience when you return to the court is worth it in my book.

My second and final piece of advice is pretty obvious, just enjoy the off season!

It's pretty easy to get squash burnout especially if you've played a lot throughout the season, the summer is the ideal time to do more outdoor stuff with your friends and family and there'll be plenty of time to play more squash when the weather gets cold again!

The end of the season is the perfect time to recuperate and give your mind and body a break.