My Favourite Shot - The Boast

I imagine most of you know what a boast is, however, just in case there are any beginners reading this I'll quickly break down the boast. A boast is basically when you hit the ball against the side wall before it hits the front wall.

That's all there is to it. It sounds simple enough, however, there are an absolute ton of different ways to play the boast and use it to your advantage.

For the record, this is my favourite shot in squash. I love experimenting with it, trying out new angles and spin techniques, it's just great fun.

The boast is often more traditionally seen as a defensive shot, played from the back of the court as a last resort if your opponent's length is too tight but it can also be used to attack in a number of different ways which I'll get into soon. But first, I'll break down the different types of boast...

The variations of the boast:

The trickle boast - A personal favourite of mine, the trickle boast is a deceptive attacking shot used from the front or the middle of the court. It's most effective when you make it look like you're going to play a different shot. It's a pretty commonly used shot and a great one to have under your belt if you're looking to twist and turn your opponent.

A trickle boast is basically a very low, very fast boast that hits the side wall and the front wall then drops fast to bounce around the middle at the front of the court. If executed well, your opponent has to react pretty fast to get to the trickle boast, if executed poorly, your opponent will read it and get to it fast, and will have their own chance to attack.

The skid boast - This is one of the rarer types of boast, you don't see it too often, but, I think it's a great way to give yourself some time and get out of trouble, although, it's pretty hard to get it just right.

The skid boast is played from the back of the court, the idea is to hit it very hard and very high on the side wall and then the momentum will carry it to the front wall, and hopefully, the back corner on the other side of the court.

The skid boast can be played from the front of the court too, although, it's often not necessary to do so since a regular lob will usually do the same job! Lastly, the skid boast can be pretty deadly if done perfectly, as the ball tends to hit three walls, it has an incredible amount of spin on it, therefore, when it drops into the back corner, it usually dies.

The reverse boast - Hated by many, the reverse boast is often seen in doubles and is considered quite dangerous for amateur players to play. I distinctly remember as a junior, my coach actually banned this shot and we'd lose the point if we played it. Obviously, this made me want to play the shot more and I actually got quite good at using it! 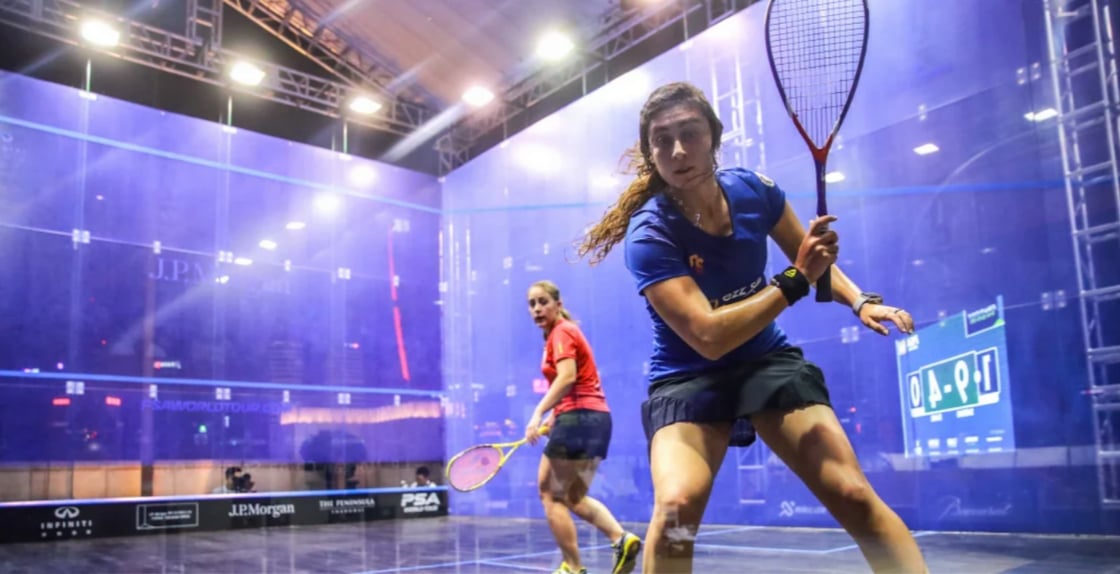 The reason I love the boast so much is just because of how many different uses there are for the shot. You can basically use it in any situation, and it can be so effective at disrupting your opponent's rhythm.

From an attacking perspective, I think that the trick with the boast is to not use it very often, keep it under your belt and allow your opponent to get into the routine of the standard rally. Drive, drive, drive, drop, crosscourt, etc... then, all of a sudden, throw in a boast.

It can be so effective at knocking their rhythm and it also means that, during the next rally, they need to cover that shot in case you play it again. This is when you wait and allow them to fall back into that routine, and just repeat the above!

The spin produced from hitting different walls at different angles can make boasts very difficult to predict and even harder to retrieve, this is why I love them so much!

Why people don't love the boast...

Maybe this is just something at my own local club, but, a lot of the more traditional squash players seem to really dislike the boast, especially when it's used to attack. I've spoken to a few of them about it, and they just think it should only ever be played if you have to play it. But I say, if it works, it works!

However, there is also a common stereotype of the older generation of squash player that they love to play reverse boasts and crafty trickle boasts often, which I do see some of too. This could be called the boast paradox!