My Predictions for the 2022/23 PSA World Tour Season

Our previous blog post reflected on the 2021/22 PSA World Tour Season, so it only seemed right to follow up with some of my predictions for next season!

It's hard to come up with very specific predictions for the season ahead, however, the most recent season featured so many surprising results from some awesome up-and-coming players so I'm going to give it a go anyway ...

A lot of these will be a shot in the dark, however, I think it'll be fun to look back at the end of next season to see how close my predictions were. Let's dive in!

As we learned this season, anything is possible. We saw Paul Coll reach World No.1 and make history by being the first New Zealander to do so.

We saw a 20-year-old Mostafa Asal come back from 2-0 down to beat Tarek Momen and win the US Open 2021 platinum event, as well as the El Gouna International (also a platinum event) and the CIB PSA World Tour Finals.

We saw 21-year-old Hania El Hammamy win the Manchester Open at the start of the season, and the Allam British Open and El Gouna International in the second half of the season.

We saw an unbelievable comeback from Nour El Tayeb after giving birth last summer in which she managed to end the season ranked number 11 in the world.

We also saw a brief return from French squash legend Gregory Gaultier as a wildcard in the Necker Mauritius Open in which he beat England’s George Parker in a huge match.

It sounds cliche but I think professional squash is at an incredibly interesting stage.

It could be said that the future of the PSA Tour is in the hands of the younger players on the scene...

All of the above have absolutely flown up the rankings and have proven that they're capable of beating the incumbent goliaths on more than one occasion.

With that said, legendary status doesn't come easily and the sheer experience of the older players on the PSA Tour in the top 20 makes them incredibly resilient and tough to beat. That's why they're still there and that's why they're not going anywhere.

They're able to change and adapt their game against their younger opponents and show unbelievable consistency. This has kept them all in the top 10 for a number of years consecutively.

This makes predictions incredibly hard, but I'm excited to give it a go so here's my first one:

Mostafa Asal will reach World No.1 (for one month at least)

I thought I'd start off bold but hear me out...

Like some others, I wasn't really a fan of Asal's when he first popped up on tour. I found myself getting frustrated with the amount of interference involved in many of his games. With that said, by the end of the season, I had become much more of a fan.

I think he's clearly matured a lot and has obviously made significant efforts to change his movement and technique to further minimise interference. I'm pretty sure I heard him mention that he feels as though he has matured a lot in one of his speeches towards the end of the season.

Although his matches are still a little stop-start, Asal has got so much better at remaining calm and not letting decisions affect his focus. He seems a lot more relaxed out on the court and it's done him the world of good.

Perhaps this isn't necessarily a prediction, but I'd probably bet on it just out of excitement if that makes sense? I imagine that I wouldn't get very good odds with a betting agent, however, I'd definitely still enjoy putting money on Mostafa Asal gaining the World No.1 spot for at least one month next season.

In the process, he has beaten every single person in the top 10 at least once and has beaten the current World No.1, Ali Farag, on the last two occasions they played.

Undoubtedly, players such as Farag, Paul Coll, Mohamed ElShorbagy, and Diego Elias (who has never beaten Asal) will be working out the best approach to beat Asal for next season, and I'm excited to see what they try out.

In my opinion, this one's a safe bet. As I mentioned in the introduction, Nour El Tayeb was away from the tour for some time due to pregnancy. I believe she announced this in late 2020 when she posted a heartfelt video.

El Tayeb showed some real emotion in the video as she may have had to retire from squash without achieving two of her main goals: reaching World No.1 and winning the PSA World Championship.

If you've ever watched Nour El Tayeb play, you'd know that she is fearsome fighter on the court, her comeback to the PSA World Tour has been awe-inspiring. If her goal is to reach World No.1, she's going to put everything into trying to achieve that.

In a short amount of time, she's fought her way back to World No.11 and has convincingly beaten a number of players in the top 10 including Rowan Elaraby, Gina Kennedy, and perhaps most importantly, current World No.3 Hania El Hammam on the last two occasions they've met. 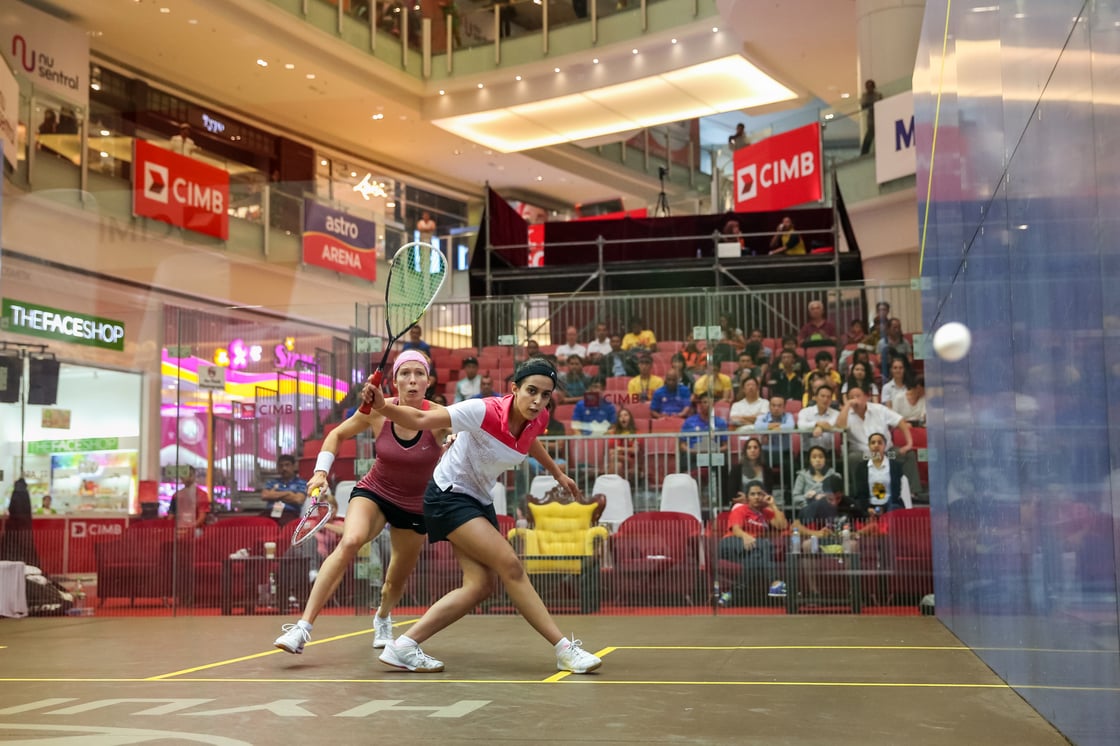 Nobody will be World No.1 for longer than 3 months in a row

This goes for both the men's and women's PSA World Rankings.

At the moment, I don't think we have a clear World No.1 in either the men's or women's groups. In the top 5, everybody is capable of beating everybody and even in the top 3, there's no clear stand-out top player in my opinion.

Once the season starts again, I don't believe that any player will be able to hold the World No.1 spot for longer than 3 months.

Starting with the men, Paul Coll turned a lot of heads when he became World No.1 in March and for a period of time, it actually did seem as though he was unbeatable. It was as if he'd unlocked the secret to beating the Egyptian incumbents such as Ali Farag and Mohamed ElShorbagy.

Coll was playing an unbelievable standard of squash, his strategy was simple, steady, low-risk, and ridiculously accurate. His lengths were pinpoint and he could play them for as long as he needed.

With that said, towards the end of the season, it seemed as though Coll's rivals had worked hard to figure out methods of countering Coll's style of play. All of a sudden it was difficult to predict a winner again. It was as if every player was stepping up their game for each tournament following the results of the previous one.

This game of back and forth progression has boosted the standard of professional squash to new heights. You'd never really know who was going to win between any two players within the top 5.

If we look at the women's rankings, it's a similar story. It seemed like Nour El Sherbini was the most dominant player throughout the season, however, it was Nouran Gohar who ended the season at World No.1.

Gohar won a huge number of titles throughout the season including the CIB Egyptian Open, the US Open, the Windy City Open, the CIB Black Ball Open, and the Tournament of Champions.

However, Gohar's head-to-head with El Sherbini is 6-16 and El Sherbini won both of their previous two matches.

Then there's Hania El Hammamy, who has proven time and time again that she's got what it takes to beat the best. Ending the season at World No.3, El Hammamy has been one of my favourite pros to watch this past season.

A pretty strong rivalry seems to have developed between El Hammamy and Gohar which will certainly make for some interesting squash next season too.

We also have players like Amanda Sobhy, Joelle King, Gina Kennedy, and more who have beaten those top three players on a number of occasions. For this reason, I believe the World No.1 spot is open for the taking, but it won't be held for long!

Diego Elias will reach the top 3 before Christmas

I've always loved watching Diego Elias (AKA 'the Peruvian Puma') play, his movement is incredible and I love the flow of his game.

He's had some great results this season including winning the Manchester Open, the Qatar Classic, the Motor City Open, and the Necker Mauritius Open.

He's also shown that he can reach the later stages of major events on a regular basis, however, I often feel as though he's been somewhat unlucky with his losses.

Something I will say is that it seems as though Diego's head has let him down in the past. He can play some of the best squash in the world, however, he can just as easily lose his head a little and drop multiple points in a flurry.

This has happened against Mostafa Asal on more than one occasion.

I think this is a barrier that Elias can overcome, and indeed it's one that he needs to overcome. He has beaten players above him in the rankings time and time again, I'd love to see him reach the top three and I think he's got it in him to do so, his consistency just needs to be that little bit better.

When Elias plays his best squash, he makes it look utterly effortless.

But, competition is going to be tough, especially with Mohamed El Shorbagy (who currently sits at World No.5, his lowest ranking in a long time) looking to make a big comeback.

I believe Elias can take his game up to this next level before Christmas hits, but I may be wrong... let's see!

Anyway, there you have it, some (rather specific) predictions for next season. It'd be great to get just one or two of these right and I'll be watching as many tournaments as possible to monitor these prophecies...

Also, if you've got any of your own predictions for next season, please send them over, I'd love to read them!