The pace at which a squash game is played defines the entire match.

It can literally be the deciding factor between winning and losing for many players. It affects your style of play, your ability to play how you want, and how your opponent is able to play against you.

Before I delve in, for those of you who don't know, pace is basically the speed at which a squash match is played. A fast paced game would involve a lot of volleying, a hot ball, and powerful low drives, whereas a slower paced game would consist of a lot of very high lobs, a cold ball, and a few soft drop shots.

The pace of a squash match can vary greatly and also depends on a range of different factors. Players can dictate the pace the game is played on purpose as part of their strategy, and depending on your general style of play, this can be a hugely powerful strategy to use. Pace is also affected by strength, fitness levels, and even the temperature of the court.

Obviously, it might be hard to incorporate pace into your pre-match battle plan if you've never met the opponent or seen them play before, but, if you can, it will certainly help you.

If you're lucky enough to be a lot fitter than your opponent, then you can get a strong advantage early on in the game by keeping the rallies going for as long as possible and volleying regularly to all corners. This will keep the pace high, and is likely to tire your opponent out. You also will be less likely to lose points if you're not going for winners as regularly.

Alternatively, if you haven't seen your opponent play before, you can still tailor your pace strategy based on their appearance, age, shape, and size too. It may sound a little mean, but if you think about it, you're not going to win by playing a slow paced game against a crafty veteran player with years of experience playing at a slow pace. 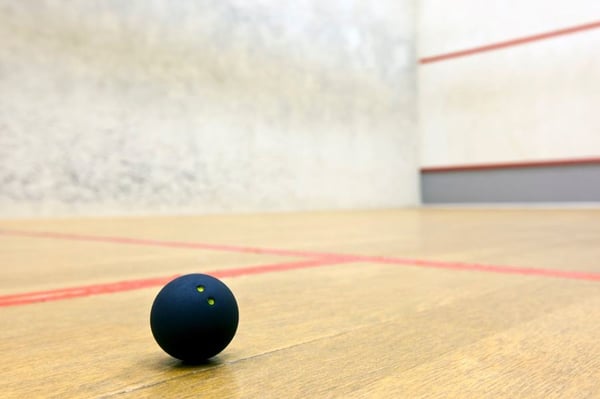 Fitness is arguably the key deciding factor into the pace of a game, when two players are closely matched, the start of the game will tend to be a higher pace, and by the end, it'll often be slower the longer the match goes on.

Fitness usually determines the outcome of a tight match, and if you can maintain a fast pace for longer than your opponent, you're at a huge advantage. However, if you're the one struggling to keep up with fast rallies, maybe it's time for you to adapt your game and slow the pace down to give yourself a breather.

Lets say you're playing someone who you know is very fit and fast, it might not be worth trying to play a really fast paced style against them in the first place, they'll just soak it up, and you'll end up using up a lot of energy in the process.

If this specific player is a lot fitter than you are and isn't necessarily very skilled with their shot making, you might benefit from playing a slow, floaty game. This will keep them off the 'T' and pinned in the corners, and will stop you burning too much energy.

It's important to point out that many players are better at playing at one pace than the other. You might not be great at the slow, floaty game, and you may need to get some practice in.

It might sound a little trivial, but court temperature can vary greatly so I thought it'd be worth mentioning...

Have you ever played on a completely dead squash court, where no matter how hard you crack the ball it barely reaches the back corners? If you try to play a fast paced game on a very cold court, chances are you'll burn a heck of a lot of energy very early on in the match.

Games on cold courts aren't the most fun, the rallies are usually quite short and the game is very 'stop-start'. Unfortunately that's just the way it is. It's also worth pointing out, that if you're a confident shot maker, going for more volleys on a cold court could benefit you greatly. Volley winners will die fast!

I know a lot of this sounds quite obvious right now, but, it's very easy to completely forget about pace during the match. With so much going on in a squash game, it can be difficult to stop to remind yourself about your game plan. I think pace is something everyone could benefit from focusing on a little more!