Playing On A Cold Squash Court

Cold squash courts are disliked by many and they're not particularly fun to play a match on. Some player's playing styles match perfectly to a cold dead court, but this isn't the case for most!

This blog post looks at the best strategy and approach for playing on a cold squash court...

Playing on a cold court usually tends to mean that you have a very cold ball that doesn't bounce very high or very deep. It also tends to cling a little more to the sidewalls, so hitting tight shots is sometimes a bit easier.

Older squash players tend to love a court with a cold climate, as it suits the sort of player who likes to play lots of tricky drops, boasts, and lobs.

Fitness players or players who like to grind out long rallies tend to prefer hotter courts due to the bounciness of the ball making the rallies very long.

Anyway, when it comes to strategy for playing on a cold squash court, it's actually a lot more straightforward than the approach needed to play on a hot court.

Unfortunately, on a cold court, there's not much you can do other than to go with the flow. If you constantly try to smack the ball to warm it up, you'll expend a lot of energy and, chances are, the ball will cool back down again incredibly fast.

Instead, height is your best friend, if you can get your lengths and crosscourt shots past (or over) your opponent into those back corners, it's going to be very difficult to get them out. 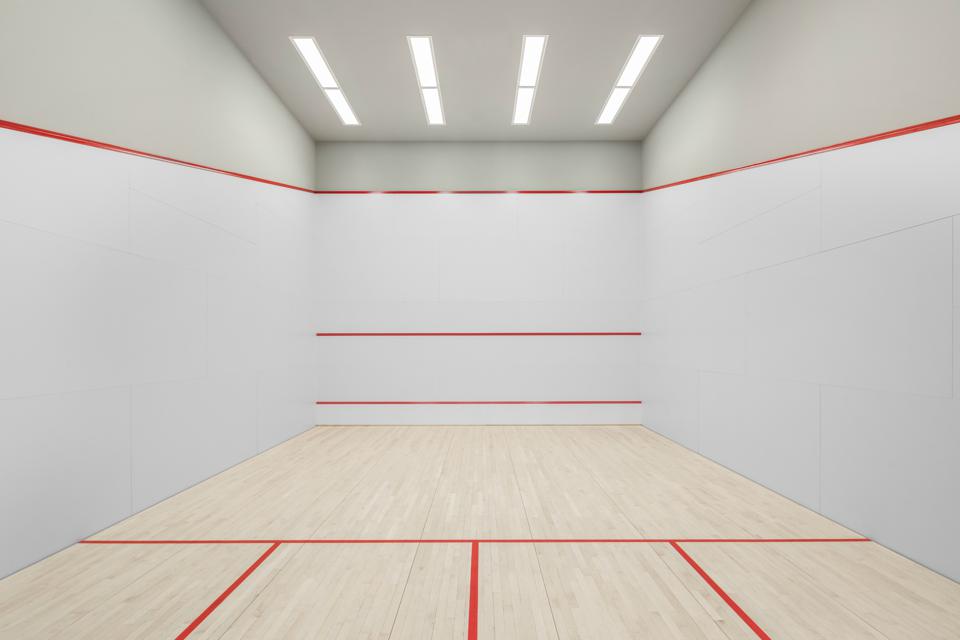 Taking shots to the front of the court is usually very effective too, if you can take the pace off of the ball, it's going to hit the front wall and drop straight down.

Your opponent is going to have to scramble and move fast to get to shots from the front. Just don't forget that you'll have to do the same frantic movement to reach their counter shots to the front too!

My top tip for moving around a cold court is to get to the T as fast as possible after every shot. Since your opponent will be trying to take advantage of the deadness of the ball and court, chances are they'll be going to the front much more often than on a usual court.

The regular length battle is pretty difficult to get into on a cold court, so if you can get on that T fast, you'll be able to try to volley your opponent's shots which can be incredibly effective for making them have to scramble from the back to the front to reach your dying shot.

The T is your best friend on a cold court!

Probably the most frustrating thing about playing on a cold court is the fact that the rallies tend to be shorter than usual. It becomes very mentally draining just playing a 'stop start' type game and it makes it very difficult to get into a rhythm or flow.

It's very important to just try to stay calm and focus on your own strategy rather than what your opponent is doing.

A final small tip, there is a place for pace on a cold court (just don't use it too often)... a low, hard kill that bounces front/mid court can be very effective on a dead court.

To sum up, my overall advice on pace would be to keep it slow and steady for the majority of the game, but if you want to throw in the odd powerful shot to catch your opponent off-guard, it can be a powerful weapon to use!