It's difficult to describe squash in 2021 in one word, but I would certainly say that's it's been a rollercoaster year for the sport.

Of course, the pandemic has had a number of major impacts on the sport, however, there has also been a ton of other drama, incredible moments, and exciting highlights.

For this blog post, I thought it'd be fun to talk about squash in 2021 and some of its highlights.

Looking a little further back, 2020 was the year that the COVID-19 pandemic really hit squash. I remember turning to social media to see what everyone else was doing.

I was pleased to see nothing but positivity, people helping other people, and a ton of fitness and how-to videos!

Thankfully, as 2021 progressed COVID had less and less of an effect on squash. I'm aware there are still certain restrictions in place in a number of countries, however, by the looks of it, most people have been able to play again in some way, shape, or form!

Hopefully, as 2022 approaches courts stay open and we can all keep playing the game we love.

It was incredible to see the majority of PSA events going ahead and we've seen some unbelievable performances and results over the past year, here are a few of my favourites...

The Rise of Paul Coll

Paul Coll has had a prominent presence on the PSA Tour for a number of years now, before this season he was usually ranked around 4 or 5 in the world and seemed to struggle to come close to the top guys such as Ali Farag and Mohamed ElShorbagy.

If any of you have been watching Coll this year, you'll have seen his incredible transformation. He's made some major changes to his game and has very clearly been putting in some very hard work.

Some of his amazing results include beating Ali Farag 3-1 to win the final of the British Open, Coll's first major win. He also recently beat Ali Farag again to win the Canary Wharf Classic, despite Ali Farag's 15-2 win ratio against Coll.

Again and again, Coll has proven that he has what it takes to beat those top Egyptian players and it seems like 2021 was his transformative year.

As I write this, he's currently sat at No.2 in the world, just behind Ali Farag. Coll definitely has what it takes to reach that top spot and I hope that he gets there!

If you're a regular reader of Control the 'T' Content, you may remember that I've written a number of 'player profile' style pieces on some of the up-and-coming younger players on the PSA Tour.

I love watching these young stars as it gives me a glimpse into what professional squash might look like in the future. I'll go through a few of my favourite up-and-coming younger players...

First up is 23 year old Eain Yow Ng, a Malaysian professional squash player who, after an incredibly strong junior career (including winning the World Junior Championships), has been consistently climbing the PSA rankings since he went pro. He currently sits at number 18 in the world.

He's renowned for his flair and ability to play accurate winners from all areas of the court, making him a very difficult player to predict.

Second is Women's World No. 4, Hania El Hammamy. Arguably, Hammamy isn't an up-and-comer as her world ranking shows she's already made it! Aged 21, Hammamy has been beating top women's players and showing what she's capable of all season.

One of her most prominent results included winning the 2021 Manchester Open after overcoming England’s Sarah-Jane Perry in straight sets.

Finally, another player I've thoroughly enjoyed watching this season is Youssef Ibrahim. Aged 22, Ibrahim is an Egyptian left-handed player who has also managed to overcome some of the top players.

He has a very attacking style of play with the ability to keep up a high standard of squash in even the most gruelling five-set games.

Of course, I must also mention Mostafa Asal who, I would say hasn't been an up-and-comer for a while considering he's also currently ranked 6 in the world and has been a threat to every player above him too. 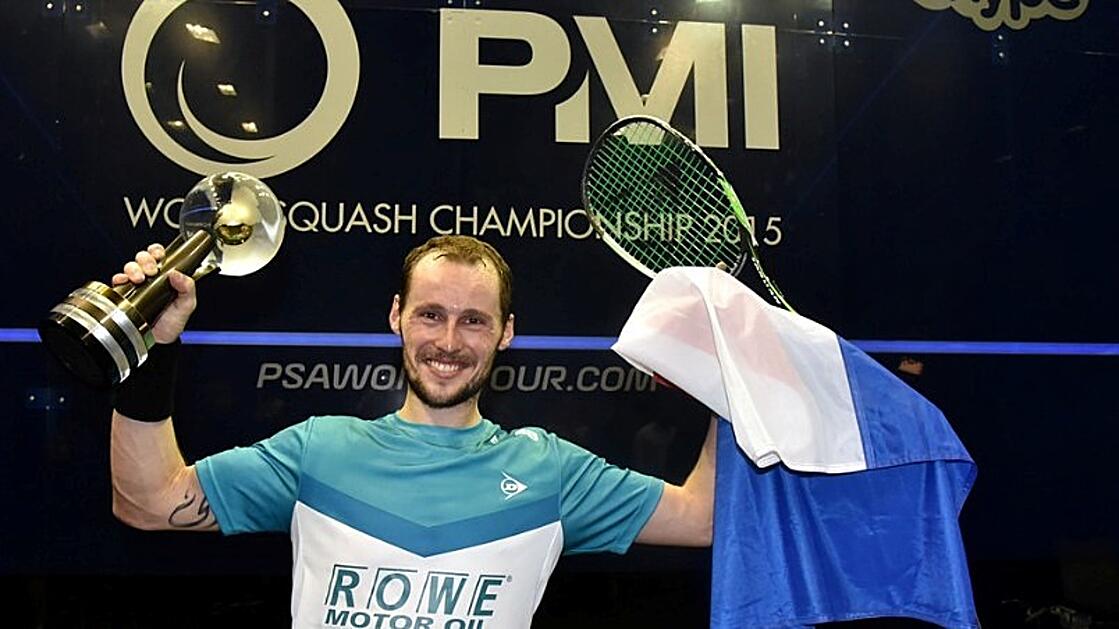 Finally, I have to mention another major moment of 2021. On October 15th, French squash legend Gregory Gaultier announced his immediate retirement from professional squash.

Know for his gritty, relentless style of play, Gregory Gaultier was the most successful French squash player of all time and he achieved some absolutely incredible things over the course of his squash career.

His flare and passion made him amazing to watch both during and between rallies.

Gaultier actually had 15 months away from professional squash due to a career-threatening knee injury in 2018. After two surgeries and a lot of rehab, he returned to the sport in the 2020 J.P. Morgan Tournament of Champions because he loved the sport so much.

Gaultier claimed a World Championship title, three British Open titles, three PSA World Tour Finals victories, and, a total of 44 PSA Tour titles and 586 wins overall. He also spent 20 months at World No.1 and holds the record for being the oldest World No. 1 of all time.

Hopefully, you've enjoyed reading some of those highlights of 2021. Now, looking forward to 2022, I think we're going to see some big things in the squash world.

I'll be focusing our next blog post on my predictions for squash in 2022...