The new Tecnifibre Carboflex 130 S has just arrived and I am lucky I got to test it out already. This is the racquet used by Women’s World Number 4 Nour El Sherbini and I have to say that it is incredible. For the past few years I have been playing with the previous models of the Carboflex 130 and I have to say that I like the new one a lot better. It also includes a new removable bumper which gives room to play around with the balance of the racquet.

The new design is a bit thinner giving the racquet more maneuverability. I found that it was easier to volley as I could get the racquet ready quick on the middle of the court, unlike the previous model where this was harder to do. This is all due to the streamlined shaft, which increases power without sacrificing speed. I found too that I could hold my swing longer since I could swing my racquet faster and with a shorter swing. The previous model had a great balance between power and maneuverability but Tecnifibre has managed to improve this even more with the Carboflex 130 S. 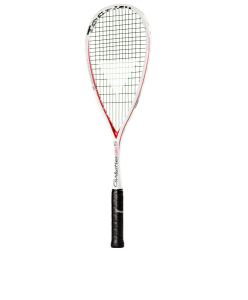 The balance on this racquet is 355mm, the same as the previous model. But, a noticeable difference came when I started hitting the ball. I found that the amount of power generated by both racquets is very similar but when hitting the ball on the sweet spot the Carboflex 130 S generates a bit more power. Also, again when hitting the ball on the sweet spot it was easier to carry my swing on and power through the ball easier, allowing me to hit better hard shots. The type of strings affect the amount of power a racquet generates but, luckily enough, I have the factory strings on my racquet so I had a better idea of their differences when comparing them.

One of the biggest differences for me was how much better I could control the ball with the new model. I was able to hit better drop shots as well as return the ball where I wanted with more accuracy. The feel on this racquet was amazing. Anytime I needed to hit a drop shot I could hit with confidence because I knew the racquet would do what I wanted it to do. Even thou both the previous and the new model have the Basaltex Mutliaxial technology, the new model's flex benefits provide a more powerful, fast, and responsive racquet that suited my game even better. 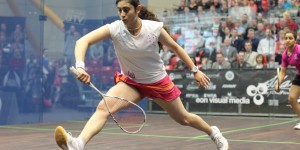 A neat new feature of the Carboflex 130 S is the new CUSTOM FIT Bumper technology which allows the bumper to be removed when the racquet is being restrung. The result of removing the bumper is a lighter head thus allowing the player to have a faster swing. I myself didn’t get to try it out but I would highly recommend players who own it to give it a try since it is great to have two different balance settings in a single racquet. This new technology has been tested by Men’s World Number 1 Mohamed El Shorbagy which really says a lot.

Not even is this racquet aesthetically pleasing to the eye; it is also an amazing and powerful racquet. Tecnifibre definitely did a great job with this new model as it brings more maneuverability, great power, and enhanced feel. I had an amazing time playing with it and discovering how all the new features helped my game. I would encourage players who use Tecnifibre racquets and any other player to take out this new edition for a hit if you have the chance; you will not regret it