For many of us, getting on the squash court may not be possible at the moment. For everyone here at Control the 'T' Sports, we're in a form of lockdown and not able to play squash at present.

That does not mean that we will be sitting around doing nothing, though!

This article is titled "For the love of the game!" and we are going to be focusing on just that.

We're currently trying to focus our efforts on finding, sharing, and creating content that we hope will keep you inspired to play squash.

Also, we will be focusing on things you can do off-court to keep you ready to play for when we are able to return the court.

Squash - Why I love the sport!

Obviously, as a squash player, my perspective is a little biased... however, I've spoken to so many people just starting out playing squash who get a strong addiction to the sport almost instantly. Most players have caught the 'squash bug' at some point in their playing career, and it seems to be a very common thing, noticeably more common than many other sports.

Everybody has their own reasons why they play squash, these reasons could be more personal and relevant to themselves specifically, or they could be broader and more general. I know I personally could go on forever about why I love squash. I'll be focusing on the more general factors in this week's newsletter.

I believe there are a few overarching aspects of the sport that everybody can relate to that make the game so loveable and keep players so dedicated:

I chose this first because I'd say this is the main reason so many players get hooked early on in their squash career. It's incredibly easy to notice your progression in the game.

There are countless indicators you can use to measure your success and failure in squash. From these indicators, you can set yourself measurable goals and targets to aim for.

For example, chances are you'll be playing with players of a similar standard to yourself. Maybe there's that one player who always beats you, however, you believe that you can reach their standard with a bit of improvement.

You can set targets based on your current performance and where you want to be. If you usually only get 5 or 6 points off that player, try setting your sights on 8 or 9 points, or even a whole game! Once you reach that goal, set another. Before you know it, you'll be beating your rival!

From a more subjective perspective, over time in squash you become better and better at analysing your own game. My coach always used to record my matches and then make me talk about what I thought I could do better before he told me his own thoughts.

The more aware of this you are, the more clearly you'll be able to see what you need to improve on and orientate your training around it. It will also allow you to analyse what you're actually improving on, which can give you a huge edge! 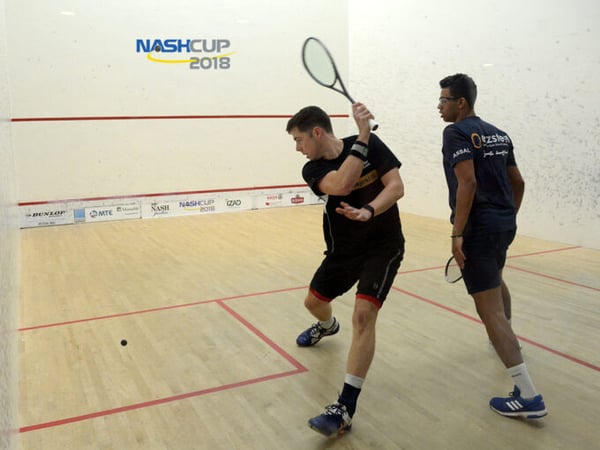 It's been suggested by numerous studies and reports that squash is the most physically demanding sport in the world.

One PSA report based on their captured data showed players covering up to five kilometres in a single match, combined with hundreds of lunges, multi-directional movements and explosive bursts of acceleration.

Squash incorporates basically every aspect of fitness, you need cardiovascular endurance as matches often last longer than an hour, you need strength and muscular endurance to tolerate the constant lunging and hitting the ball with pace, and you need flexibility to optimise your lunge distance and reduce your risk of injury.

A lot of players use the sport just for a workout and nothing more, and that's absolutely fine! Exercise makes you feel good, and that's a fact. Squash is so intense and so highly paced that you get can get a heavy workout done in one 40 minute session.

You'll burn a heck of a lot of calories and have fun doing so! Personally, I do quite a bit of running and a bit of weight lifting, fitting those into my day can sometimes feel like a bit of a chore, however, when I'm playing squash I look forward to it every single time. It almost feels wrong to enjoy something so much that's giving me such a tough workout! 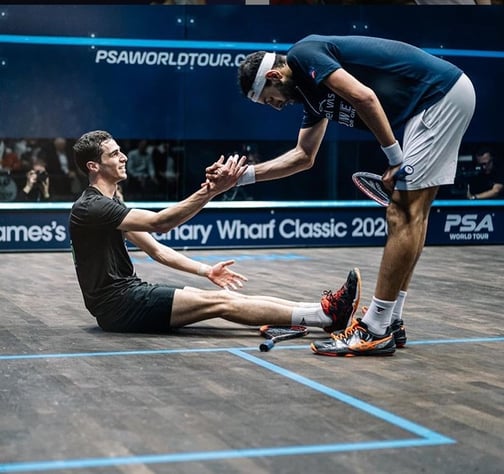 Like most sports, squash has a really great social aspect to it. I've been playing for around 15 years now and there have been times where I haven't been enjoying the game as much as normal. Team squash is the thing that kept me going.

Team squash matches have always been my favourite matches to play. Being part of a team is such a great thing, it feels awesome to have your peers cheering you on against a rival club.
After all the matches are over, both teams sit down together to chat, have some food, and even a few beers, what could be better?!

Aside from team squash, the overall sense of community in the squash world is immense. Everyone has their local club, and chances are if you head down there, you'll bump into someone you know.

Squash is still arguably quite a niche sport, so when you're talking to a fellow squash player you can have some really interesting, engaging conversations with them. These are often people you'd normally never really talk to. I think that this is one of the most valuable aspects of the sport.

Since the sport is still small, even the top pros are part of the community. If you look at tennis, players like Nadal, Djokovic, and Federer are treated almost like major celebrities.

Alternatively, in the squash world, you can go to an exhibition match to see world class players (even top 10 players), usually for a very low price, and then you even get the opportunity to chat to them afterwards!

I've spoken to a few world class players in my time such as Nick Matthew, Daryl Selby, and Karim Gawad. They don't have this 'untouchable' celebrity status that other sports pros have, they're much more like normal approachable people.

A small anecdote to finish off, I actually played in the 2020 Edinburgh Open (not the main event). There were some awesome players in the main event including Paul Coll, Joel Makin, and Karim Gawad.

I just remember being in the changing rooms at one point, sat next to Declan James, talking to Joel Makin, and thinking to myself, wow, how great is squash! The pros are part of the community and that's a huge reason why this sport is just so great.