I often talk about unorthodox shots in blog posts and I must say I really enjoy writing about them... So, I decided to focus on yet another, the body shot.

The body shot involves hitting the ball against the front wall with the intention of it travelling directly towards your opponent's body.

I'd like to start with a short disclaimer, when playing a body shot, you're not necessarily trying to hit your opponent.

The goal of the body shot is to force your opponent to play a weak return as they have to react to the ball travelling towards them.

If played right, the body shot will force your opponent to make a strange, somewhat improvised movement to avoid the ball hitting them and them losing the point. 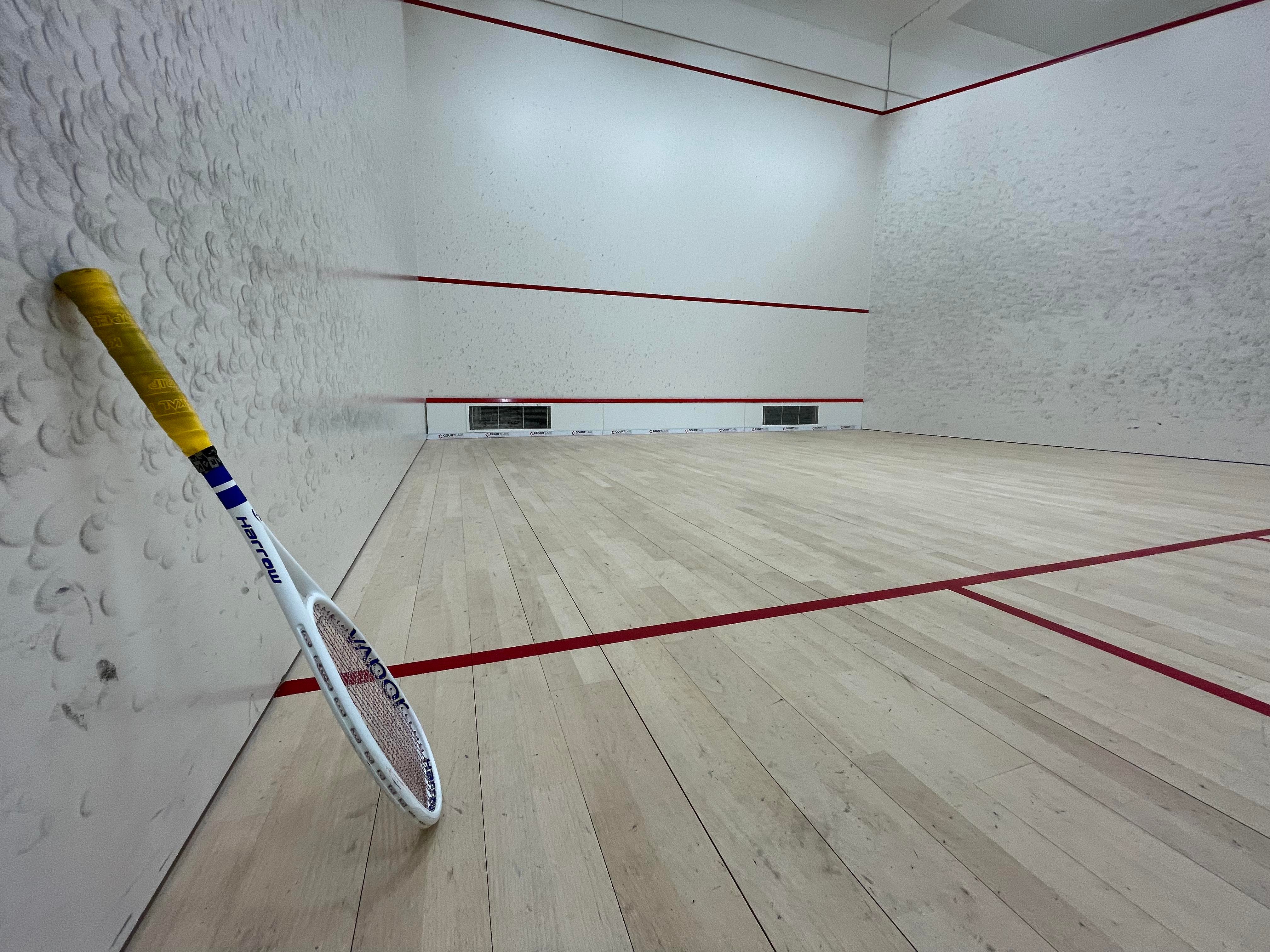 Before I go through the pros and cons of this shot, I'll explain the two primary scenarios in which it is best used.

Firstly, you can play a body shot as your serve. There's not much more to it really, basically, you just hit your serve with medium/hard pace down the middle of the opposite side of the court directly towards your opponent.

It needs to be pretty accurate otherwise you're just hitting a loose serve.

Also, the pace is very important because if you hit it too soft, then your opponent has plenty of time to move out of the way and attack your very loose shot and you'll very quickly find yourself on the back foot.

If you get it just right they'll have to react and move fast, they will then return a weak shot (hopefully). At the very least, it'll catch them off-guard and can put them on the back foot from the start of the rally.

The second instance in which the body shot is most often used is at the front of the court. Let's say that your opponent played a boast or a straight drop, you'll then be moving into the front corner to retrieve it and they will be positioned on the T.

In fact, they might even be a little further forward (almost in front of the T) if they're looking to volley your return or cover the counter drop.

This is the perfect time to play the body shot.

To play it in this instance, you need to hit the ball low and slightly in the cross court direction. You basically want to hit the ball as if you're aiming to hit the T with the ball (as this is where your opponent will be).

It can be really effective if you make it look as though you're going to play a straight drop shot to draw your opponent in, then use a bit of wrist to flick it towards them at the last minute.

Please note, don't try to crack the ball as hard as you can at your opponent. We're not trying to hit them and there's is the possibility of it hurting them if they're close enough to the front wall.

Please be as safety conscious as possible if you're going to go for a body shot, especially from the front when your opponent is close behind you.

There is also a third option for the body shot and that's when you're at the back of the court and your opponent is on the T, however, I believe in this case, the risks far outweigh the reward.

I'd class the body shot as a high-risk, medium-reward shot. It relies on some real accuracy on your part and it's not often that you'll win an easy point when you hit one.

However, even if you don't win the point by playing a body shot, it still means that your opponent will have to take into account the fact that you're capable of playing that shot again and they need to be ready for it.

It's just another shot that they have to cover.

Squash players know how important the mental aspect of the sport is and if you can get into your opponent's head that you're capable of playing some unorthodox squash, it might mess up their game plan and force them to play a more defensive game strategy.

With that said, as mentioned above, the body shot needs to be played with pinpoint accuracy.

Otherwise, you'll either give your opponent the opportunity to do some serious damage with almost any attacking shot they want, or, you risk giving a stroke to your opponent if you're in front of them and they react to your poor body shot fast enough.

I'd also like to mention that this isn't a shot you need to have in your arsenal. I must admit that I very very rarely try it out unless I'm feeling experimental.

There's just something fascinating about unorthodox tactics like this which makes them very interesting to delve into.

You'll see body shots even at the highest level of squash, pros use it every now and again and it sometimes works and sometimes doesn't. Most notably, I see Ali Farag play body shots from the front quite often and it definitely adds a bit of extra excitement for the viewer!

Anyway, I hope this was somewhat beneficial to you and you might even want to give it a try if you haven't already. At the very least I hope this was interesting to read!