Why You Should Play Team Squash

I've had many ups and downs throughout my time playing squash. There have been numerous phases where I've not really wanted to train or play any form of competitive squash.

But, there's one area of squash that I've never lost my love for, and that's team squash.

Just a disclaimer, I'm aware that different areas of Canada are in different situations due to COVID-19 restrictions and many places haven't yet returned to team squash.

Hopefully, this blog post gets you excited for team leagues starting up again!

As I've mentioned in the past, I'm located in the UK and we're lucky enough to have been able to return to team squash recently and, after being away from it for so long, I definitely have a new appreciation!

Squash is often seen as an individual sport.

Unless you're playing doubles, it's usually just you and your opponent on the court battling it out. I think team squash is something that we should be talking about and spreading the word of more!

Something that I've always loved about squash, in general, is the social aspect. Most people who play have a strong love for the sport because it's so addictive. You've always got something to talk about with other players, making squash a great way to meet new people and talk about a common interest.

This is hugely amplified in team games because there are more of you!

During COVID this social interaction has been an aspect of squash, and indeed everyday life, that I missed the most.

I think many people experienced similar feelings during the lockdown, but I was definitely shocked by just how difficult it was to cope with such a lack of social interaction.

However, now I'm back on the court, I've got a huge new appreciation of team squash. I'm currently cherishing every game! 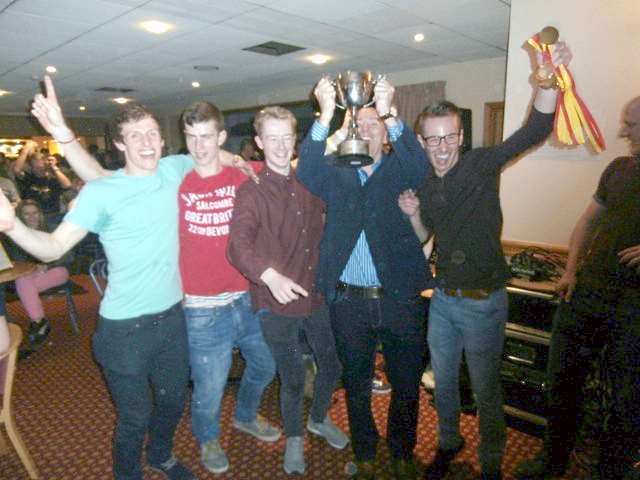 This leads me on to the second benefit of team squash, what better way is there to improve your game than playing against new people?

By the way, when I talk about team squash, I'm generally referring to local leagues and playing for your home club, however, this also applies to playing for a county team, a country team, or even a friendly team against another team of friends for a bit of fun.

This leads to my final positive, team spirit!

When you're on court having a tough match, nothing gives you that motivation boost like having your whole team cheering you on from the balcony!

Of course, if you're playing an individual game, it's great to have a bit of support but there's never the same about of support as there is at a team match!

More often than not, your team will be ecstatic for you if you win, and they'll reassure you and wish you better luck next time if you lose.

As seen in the image further up, it's a pretty fun experience winning as part of a team.

Again, don't get me wrong, getting a big individual win on your own is an amazing feeling, but, being able to share a victory with your teammates who have all played their part is just awesome.

Anyway, hopefully, this blog post acted as a bit of a reminder of how incredible team squash is to play.

Also, if you're reading this and you've never played team squash before, my advice would be to sign up for your local club's team as soon as possible. There's usually a league for every standard and you definitely won't regret the decision!