Ramy Ashour is endorsing a new model this year; the Prince Pro Beast 750 Squash Racquet. We have not seen him play with it on tour yet. He has been off tour injured for months unfortunately. When he comes back we will see if he is indeed playing with it. It looks to be an evolution of the Airstick 130 that all he has played with for years with 2 of grams taken off the weight, a more even balance and featuring the new PowerBite technology. I for one and am very excited to see if he will indeed end up playing with this exciting new model. The Prince Pro Beast Powerbite 750 Squash Racquet is 128 grams unstrung. It has a balance point of 35.3 cm. It head size is 480 cm2. It features Prince PowerRing and PowerBite technologies. Its light weight and fairly even balance should make this racquet  excellent on the volley and should suit an attacking style like Ramy Ashour plays.

Prince's PowerRing technology has been around for years now. Like EXO3 it is designed to make the strings more freely. It also makes for longer more uniform string lengths which help increase power as noted and also helps the strings respond in a more uniform and consistent manner. Prince has kept the technology in their frames for so many years because it works. 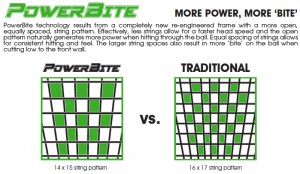 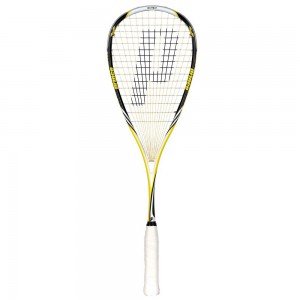 The Prince Pro Rebel Squash Racquet is as its name would suggest is the evolution of EXO3 Rebel that has been around for a few years. Most of the specification are the same. It is a 135 gram racquet, has a 16x16 string pattern. It features Prince's EXO3 and PowerRing technology. The balance point seems to have moved a slight bit from 37.5 to 37.7 in this new model. That will make the racquet play a slight bit more head heavy. This is the racquet that Nicol David the long time #1 on the WSA tour is playing with. If you are looking for a racquet with a great deal of trampoline effect this is an excellent choice. The PowerRing and EXO3 technologies make the string bed very lively. 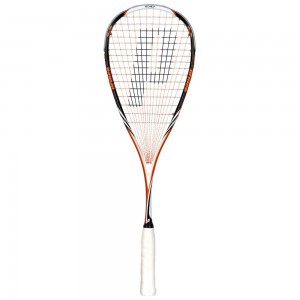 From Prince's website it looks like James Willstrop will be playing with or endorsing the new Prince Pro Tour 850 Squash Racquet. The Pro Tour features the same technologies and frame as the Rebel. Its weight and balance are different though. It is a heavier racquet than the Pro Rebel at 142 grams unstrung. Its balance is less head heavy at 36.7cm. While it is heavier than the Pro Rebel having its balance less head heavy help the maneuverability of this racquet. It has a 16x16 string pattern and a 464 cm2 head size. The Pro Tour 850 features EXO3 and PowerRing technology. 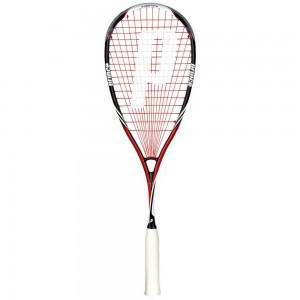 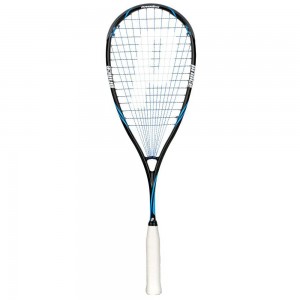 Another new frame in the lineup from Prince for this season is the Prince Pro Shark PowerBite 650 Squash Racquet. This racquet features lots of bite and power due to having the PowerBite technology from Prince. It is a 129 gram racquet with a balance point of 35.3 cm making it close to an even balance. It features a 480 cm2 head and has Prince's PowerRing technology. I expect this racquet to be a hit with those who like Prince frame but have been looking for something less head heavy. The cosmetics of this racquet are really nice in the primarily black and blue finish. AT just a bit heavier and with just a bit more head heavy balance than the Pro Beast 750 the Pro Shark PowerBite 650 should be suited to those who want the PowerBite technology and are looking for just a bit more weight in the head

So that is what is new for this season from Prince. The new PowerBite technology is pretty exciting and should help get more power and spin out of the racquets that feature it. Ramy Ashour apparently switching to the Prince Pro Beast 750 is pretty exciting. As always we will need to wait to him actually playing with it to know for certain. Hopefully we will see in on a squash court soon!

To be taken to the Prince product page on our online store to learn more about the Prince racquets click on the View in Store link below.