What makes for a good Doubles Squash Racquet?

We started carrying doubles squash gear a couple of years ago but have been busy increasing our selection this year. Being located now at Northfield Racquet and Fitness in Waterloo which has a beautiful new doubles court having a good selection of doubles squash gear is important for us. Doubles is an incredibly fun game that the members of the club have come to love and it is an incredible game to watch at the professional level. 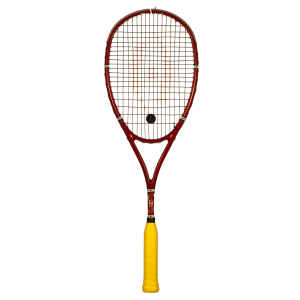 From a racquet perspective you might wonder what characteristics make a racquet a good choice for a doubles player. There are a few things to consider and most come back to the type of ball that is used in doubles. The hardball that used in doubles travels at an incredibly fast speed, much faster than the standard ball that is used for single. As it is hard and travelling at an incredibly fast pace the impact on the racquet from the ball is much greater and the racquet needs to be capable of withstanding that. As such one of the primary characteristics of a doubles racquet is that it is stronger and more durable so that the frame of the racquet withstands the stress caused by the impact of the ball. The strings also have to withstand the impact of the ball though. Stringing pattern and the gauge of the string are important when selecting a doubles racquet. Stability on contact with the ball is also important. Off centre hits can lead to the frame itself twisting if the racquet is not strong enough. This can lead to breakage but it is also a performance issue as it definitely impacts the control the racquet can provide.

Doubles racquets need strength. The force of the ball is greater when it hits the string due it pace and it being a hard ball. Many standard singles racquets will not stand up to the doubles game. Most doubles racquets tend to be heavier weighing in around 140 to 160 grams finished weight. The heaviest we carry weighing it at around 170 grams finished weight. Most feature an even or head heavy balance meaning more of the weight, and material is found in the head. All of these design characteristics help make for durable racquets. We would recommend for most club level doubles players to look at the heavier end of the racquets if they are concerned about breakage. For more advanced players a lighter racquet in the doubles range can be selected as they are less likely to miss hit the ball and catch the frame on a full swing. 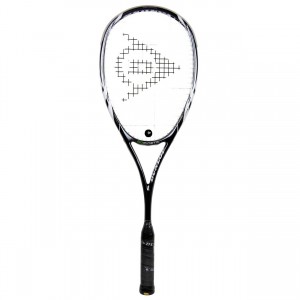 The stringing pattern on a doubles racquet is generally pretty tight and you will not see any of the more open string patterns that are starting to become more common place in the singles game. The tighter or denser the stringing pattern is the more durable the string is going to be on the frame. This is true in singles or doubles squash but is a very important characteristic in the design or selection of a doubles racquet. Most doubles racquets feature a 16 x 19 stringing pattern which is dense on squash racquet. The denser string pattern produce less spin but is better for control and is imperative in durability in the doubles game. The gauge of the string is also very important. In singles 17, 18 and 19 gauges are all used with 17 and 18 being the most common. 17 gauge is thicker than 18 gauge, which is thicker than 19 gauge. Thinner string produces more power and more cut on the ball which while beneficial comes at the cost of durability. 17 gauge string is a good compromise between durability and performance for doubles squash. One thing that is important to watch out for and to understand is what is called a shear break. A shear break of the string occurs when the ball hits the strings at a high speed right at the edge of the frame. On one side of the string there is lots of give and on the other side, where the string meets the frame there is little to no give and because of this if you hit the ball hard right near the edge the string is highly likely to break. It is not the fault of the string, the racquet, or the stringer it’s a part of the game.

Doubles is an incredibly fun and exciting game to play. We have an excellent selection of doubles gear from a variety of brands to choose from. We have racquets from Black Knight, Dunlop, Harrow, and Head to choose from. Click on the link below to check out the doubles squash category on our online store or if you are in the Waterloo Ontario area stop in to our store to check our doubles squash selection!