Today it was finally revealed who the player was. Many had been able to guess already but it was confirmed by Black Knight to be Daryl Selby

They did not announce the racquet he has selected to play with but it looks like and I have been able to confirm it is the Black Knight Corona6. 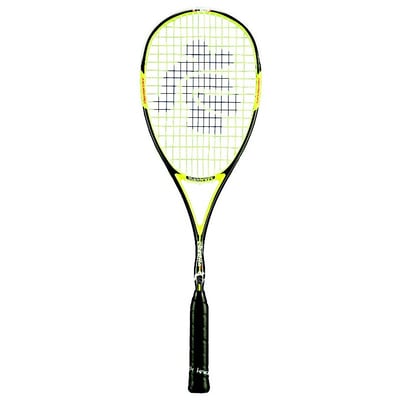 Signing Daryl Selby is a great choice for Black Knight. The highest profile player they have signed currently other than Daryl is David Palmer but he is no longer playing on the PSA Tour having retired. Having someone that has been a top 10 player and may well return to the top 10 in their lineup gives Black Knight some excellent exposure. Daryl Selby is someone that often goes deep in to the PSA tournaments so he will be seen on PSAsquashtv.com regularly as well as of course in person at the tournaments. We should get to see Daryl in action with his new Black Knight Magnum Corona6 shortly in the upcoming World Team Championships.